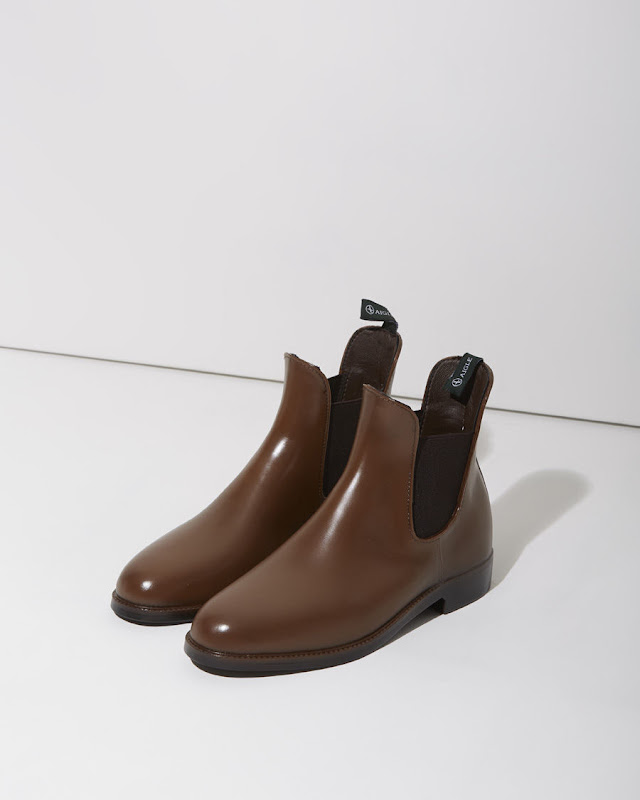 It's January, so no matter where you are, it's likely that the next few months will be wetter, icier, snowier, and colder than you'd like. I bought a pair of these classic French-made Aigle Jodhpur boots ($149) from their equestrian collection in October and have been so impressed with them, I had to share. These babies look like leather Chelsea Boots, but are actually rain boots (that would probably do fine in slush and snow) made from a patented rubber material—making them waterproof. I don't know of another women's rain boot that are classically styled and could be worn into an office or restaurant without pause. They are the ultimate winter travel boot in my opinion and the perfect marriage of fashion and function. They come in brown (shown above and below) and in black. 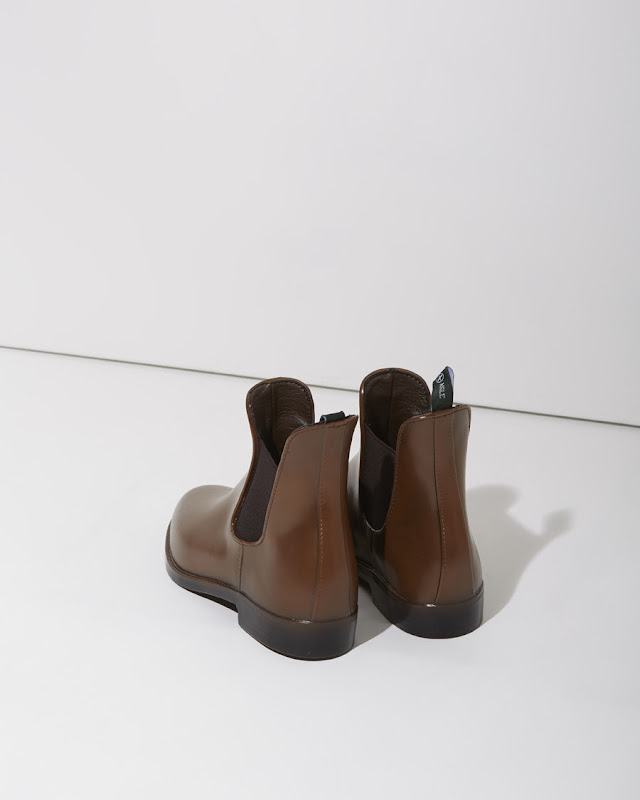 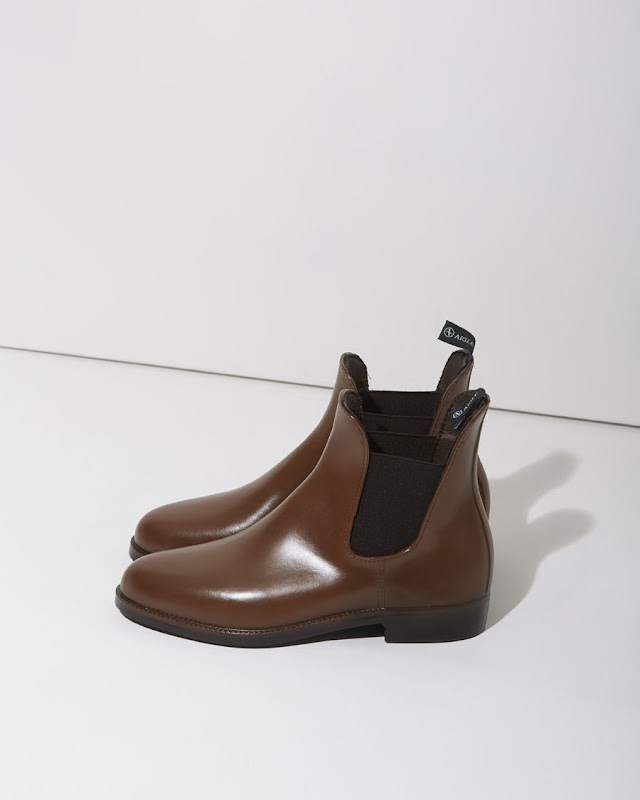 Poppy K said…
I have a trip planned to Ireland in February and these would be the PERFECT boot to bring along - there is sure to be rainy weather that I will have to contend with and I know there are side trips planned to the Cliffs of Moher and other wet outdoor spots.
January 5, 2015 at 8:20 AM

Sarah said…
This comes at a perfect time because I've been debating investing in a pair! I'm definitely going to take the plunge :)
January 5, 2015 at 9:26 AM

Unknown said…
I bought a pair of Aigle Monbrison 2 boots maybe 3 years ago and have been wearing them since, probably 6 months in a row each year. Love them so much. They survived a fall in Iceland too so I would very much recommend them! They are still in very good condition.
January 5, 2015 at 11:28 AM

Anonymous said…
Great for rain, but unfortunately not for snow/truly cold climates. Maybe with a (very) good pair of insoles, but alone, the rubber turns in to a mini-freezer for your toes. Just walking on lightly snowy/icy sidewalks, I could feel the cold radiating through the sole around the balls of my feet.
January 7, 2015 at 8:31 PM

Claire said…
I have these in black and have worn them over the past two winters. I put sheepskin liners in them, otherwise in a cold climate they'd be freezing. I actually wear them way too much - always seem to reach for them instead of anything else!
January 30, 2015 at 9:17 AM

Best Shoes From Asma said…
Awesome boots I think it may be used as a hiking boot. But I will love these boots. And their prices are not too much. I will try this.
December 18, 2020 at 1:25 PM