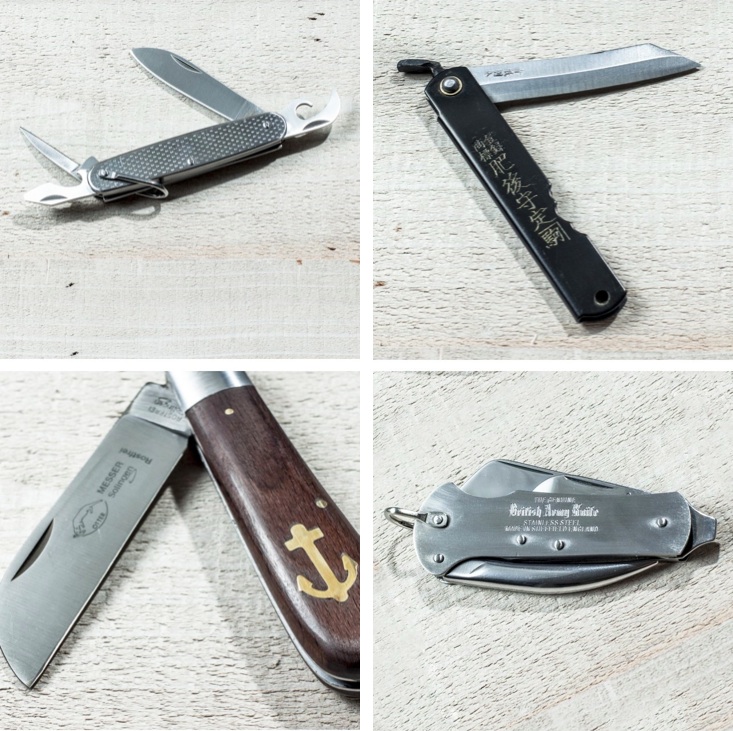 The Swiss may get all the credit when it comes to army pocket knives, but there are some pretty great folding knives made outside the borders of Switzerland. On Monday, while in San Francisco, I stopped in to Guideboat Co.—a really incredible store in Marin that opened seven months ago in an old lumber mill, and found myself marveling at all their pocket knives from around the globe. Some of interest include (clockwise from top left) the 2205 US Military Scout Knife ($29); the Japanese Higgonokami Knife ($45); The British Army Clasp Knife ($68); German Anchor Knife ($69).
Email Post
Labels: GEAR