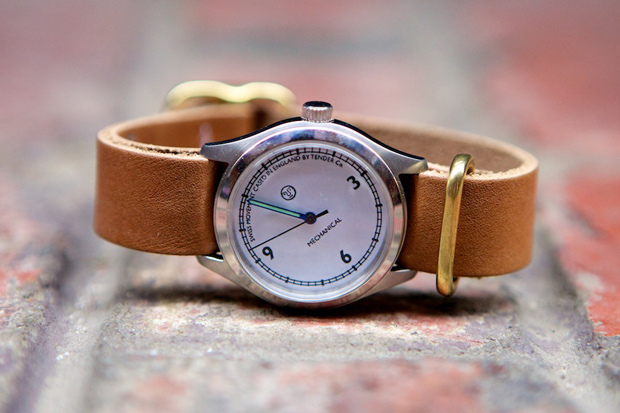 A few weeks ago, I was faced with deciding how to spend exactly 24 hours in London. It was essentially a really long intentional layover, and there was a lot I wanted to do, most namely have lunch and a pint at Eliott's in Borough Market. Secondly though, I was eager to check out the English-made mechanical 'Hands-On' Locomotive watch made by Tender. Tender takes most of its inspiration from the Great British Steam Age and antique workwear, with a focus on thoughtful clothing and well-made accessories. I've said it before, but I think this really is my dream watch—its size, historical design, simplicity, and the fact that it's mechanical, it's perfect. The watch's dial is rotated 45˚ as a reference to how drivers' watches were designed in the early 20th century to allow one to easily read the time without taking their hands off the wheel. 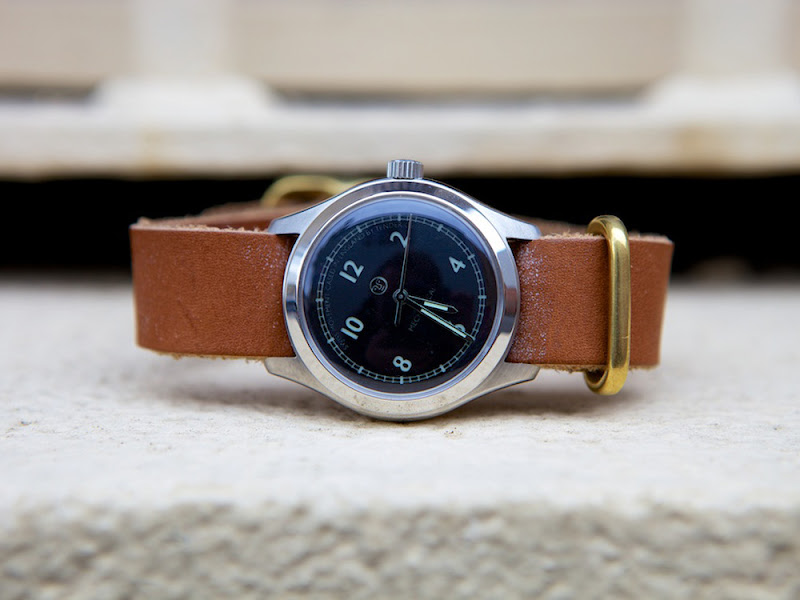 So anyway, I was really determined to see the watch, but unable to find a stockist who currently had one in London. I started emailing with Tender's founder, Willam Kroll, who was so gracious not only to email me back, but he invited me to his house to see the watches the following day (!). Since I was headed back in the morning though, he suggested I'd probably (very ironically) have better luck finding one at Unionmade in Los Angeles. Indeed, Unionmade has a version of the watch with a copper dial that is pretty amazing. It's a small world after all. 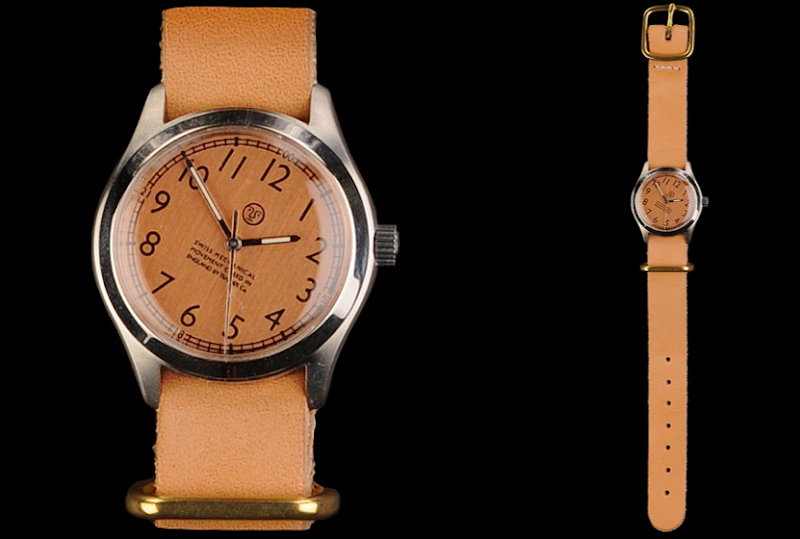 I still can't decide which dial I like best, but that gives me time to save up for one of these guys.
Email Post
Labels: GEAR

Anonymous said…
These are just beautiful to look at ! And that turn of the watch face really just adds such a pop.
March 27, 2014 at 8:12 AM

adailymeasure said…
These are awesome! Do you know if some are made to tip the other direction? It seems that the watches in your photos are made to put on the right arm - I wear my watches in the left...
March 27, 2014 at 8:27 AM

Unknown said…
This is my favorite blog for many reasons, and this post showcases almost all of them. This blog has never been focused on materialism; and when you do share gear and products, they always come with history and inherent worth, showcasing an objects value and character, instead of just fleeting charm. Also, Tomboy Style is one of the most relatable reads of my day. The fact that you mention "saving up" to buy this watch is something I think most of your readership can relate to, and is sadly something that isn't shown by many bloggers - the reality of financial situations, and the pride that comes with saving for an object that you know you'll treasure. Thank you for being a working womans champion.
March 31, 2014 at 6:02 AM