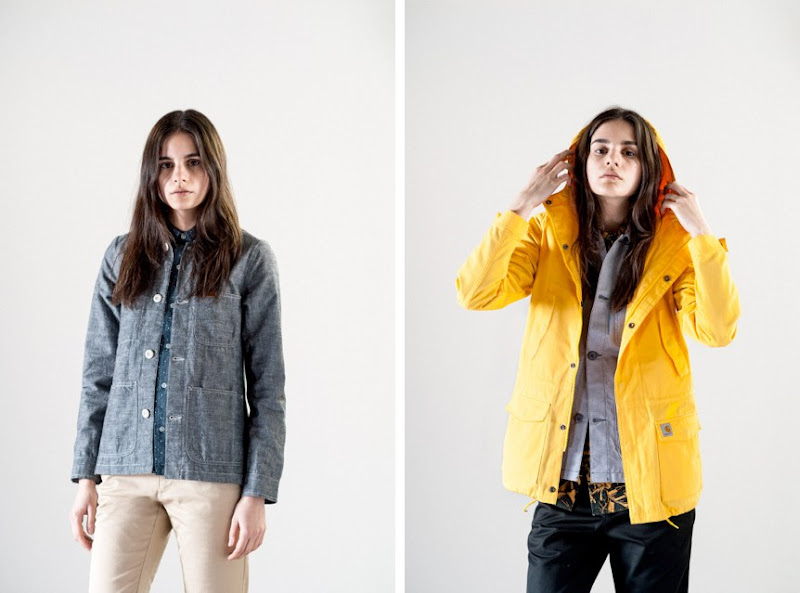 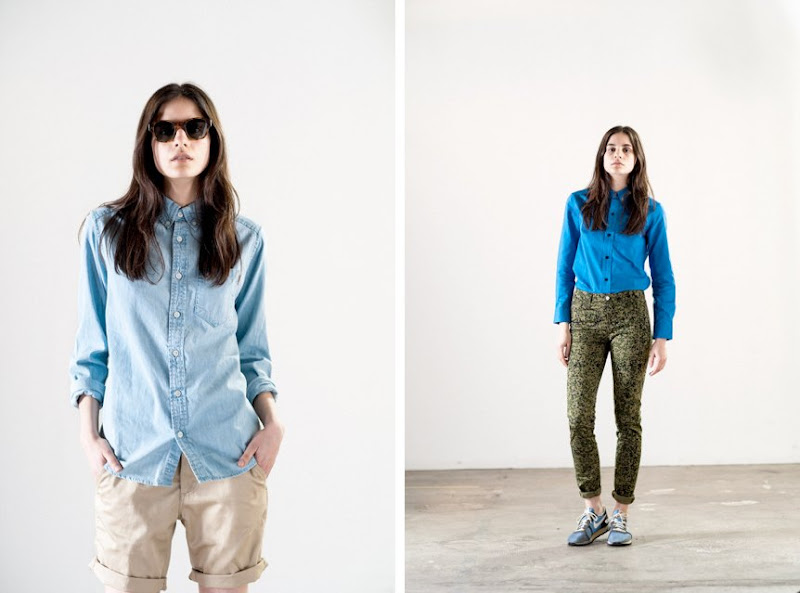 The Swiss-based Carhartt Work In Progress can be counted on season after season for tomboyish collections; it is a division of a Dearborne Michigan-based workwear company after all. But the Spring/Summer 2014 (which has already begun hitting stores) is really my speed. I love how Carhartt WIP takes items that have originated in the men's line and adapts them with a feminine touch without losing their core style tenets. Carhartt WIP was originally designed for a fashion-forward European customer in 1997, but has since grown to be a global brand, including a return stateside (if you can call it that) with their only American store opening in New York City in 2011. If you're not in range of SoHo, there's plenty of each collection available online.
Email Post
Labels: UNIFORM