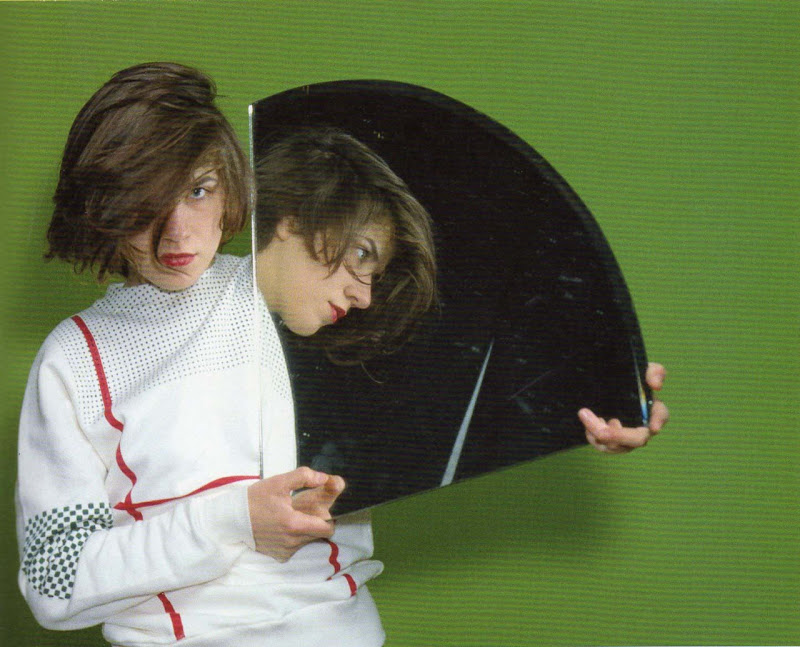 Photo of Lizzy Mercier Descloux via A Post Punk Tumblr.

"She was a spectacle: carnivore and prey in one, like a walking wildlife film, with that riveting amoral charisma of nature. A complete mystery. At 17 she was more sophisticated than anyone I'd ever known, while also seeming utterly unaffected. Or at least her affectation came from such a stubborn confidence and will to defy convention that they were irresistible." —Richard Hell

Lizzy Mercier Descloux was a French-born musician and writer who came to New York in 1975 and became part of the city's underground scene. She bought a Fender Jazzmaster and started making the rounds playing Soho galleries and Lower East Side clubs and published a book of poems and photographs that was illustrated and contributed to by her friend Patti Smith. She was part of the Punk, New Wave, and No Wave movement and seemed to be quite a presence. Below, a video of her in 1979 performing "Fire".

- abigail - said…
wow, this was really good. I enjoyed the video, thanks for posting. Gosh I love that first picture though. Wish my hair could look like that everyday
January 19, 2014 at 5:51 PM

janjamm said…
So cool. What happened to Lizzy? I searched images of her and there is no current photograph. There are only images from the 70s. Could she have just faded away? Is she still alive? It was nice to catch a glimpse of Gainbourg at the beginning and end.
January 20, 2014 at 8:27 AM

She, I think, became part of the world beat music scene and then unfortunately passed away 10 yrs ago from cancer.
January 20, 2014 at 8:43 AM

Alison said…
She was so ridiculously confident, cool and gorgeous! Wow!Thank you for this new discovery.
January 21, 2014 at 10:07 PM