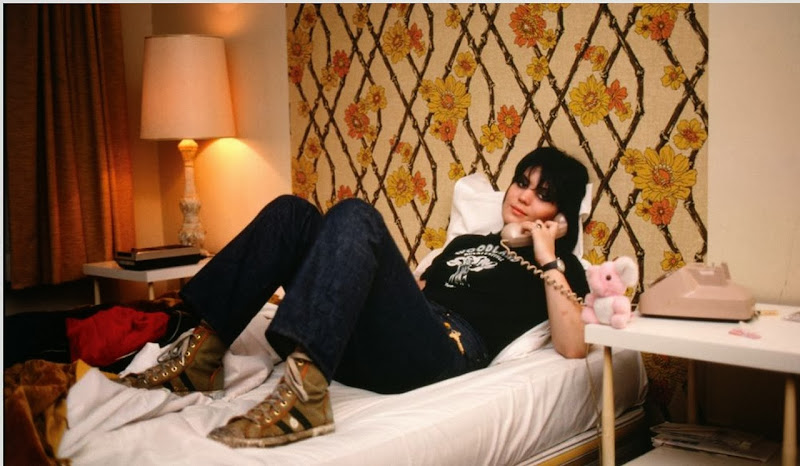 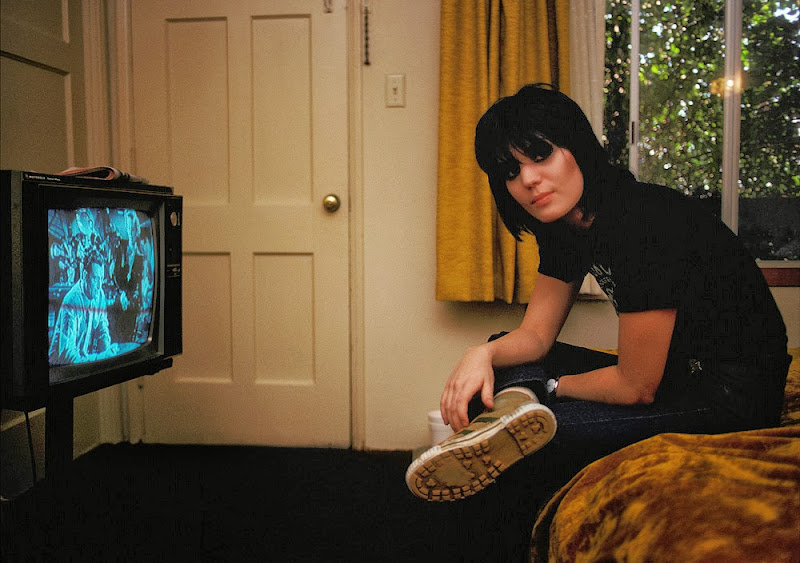 Photos of Joan Jett in the late 1970s at The Tropicana by Brad Elterman via his tumblr.

After slowly traversing the city today on Santa Monica Blvd., I was reminded of The Tropicana Motel in West Hollywood. It was L.A.'s astro-turfed answer to The Chelsea Hotel that housed passers-through like Joan Jett, Iggy Pop, Jim Morrison, Johnny Cash, Blondie, Lou Reed, Nico and was the backdrop of a few Andy Warhol films too. The party raged until 1988, (maybe The Red Hot Chili Peppers were one of the last great bands to party at The Trop) when it was torn down to make way for a Ramada Inn. But the photos live on!