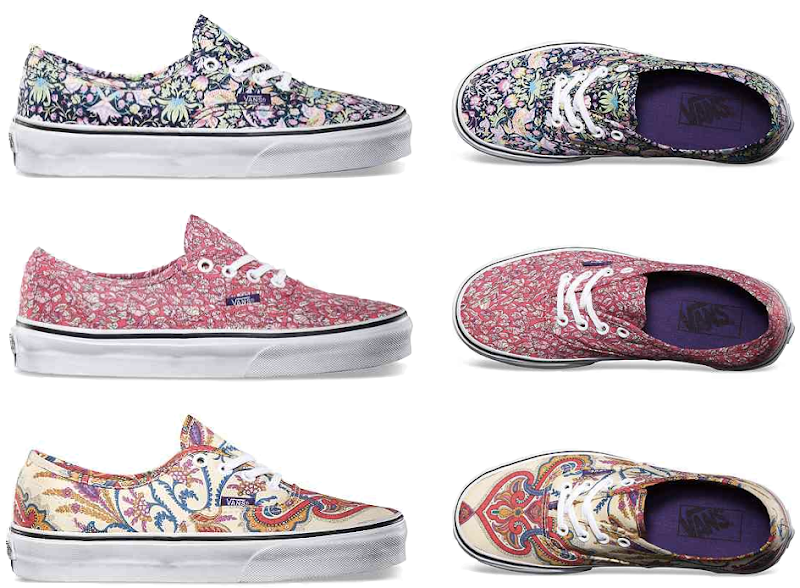 Back in May, I met Liberty of London designer Kate Brindley when she was in town promoting the Levi's X Liberty collab. When I asked her about future collaborations she mentioned that she was super excited about working with Vans for a Fall 2013 collection. Being such a fan of both brands, I turned into a weird internet version of Paul Revere checking the Vans site weekly, saying to myself "The British are coming, The British are coming!" And finally, they're here. Six archival prints were pulled from the Liberty archives, three were used for Authentics ($60) and three for Era styles ($60). I've always been partial to Authentics and am all over that navy/birds print. Get 'em while they're hot.

The Patagonia Legacy Collection. It's all men's, but there's plenty for the picking including a pretty sweet backpack (more on Patagonia's legacy next week).

Is this song in everyone's head? Or just mine?

A beach towel with a zip pocket for keys, sunscreen, et al. Genius.

Anonymous said…
That paisley is nice. As is that mountain print. Actually, who am I kidding? They're all nice and to be honest, I would love for all the patterns to magically appear in my closet. Though given my propensity for wearing holes in my Vans and then wearing holes in those holes, I doubt I'll be treating myself to a cute pair of those anytime soon. Or maybe I'll be able to convince myself otherwise...

Fun fact though. Paul Revere actually did not cry "The British are coming!" as he rode to Lexington, given that many colonial Americans still considered themselves British at the time. He actually called out "The regulars are coming out."
Uh so yup, that's your weird fact of the day. Hurray for pretty British printed shoes and random historical tidbits!

The slow pace said…
Wow, they're nice! That would be a nice addition to my wardrobe...

Lexie said…
I love this collaboration; I am such a sucker for Liberty prints! And thank you for the follow-up comments to my Burt's Bees question! :)
July 12, 2013 at 2:38 PM