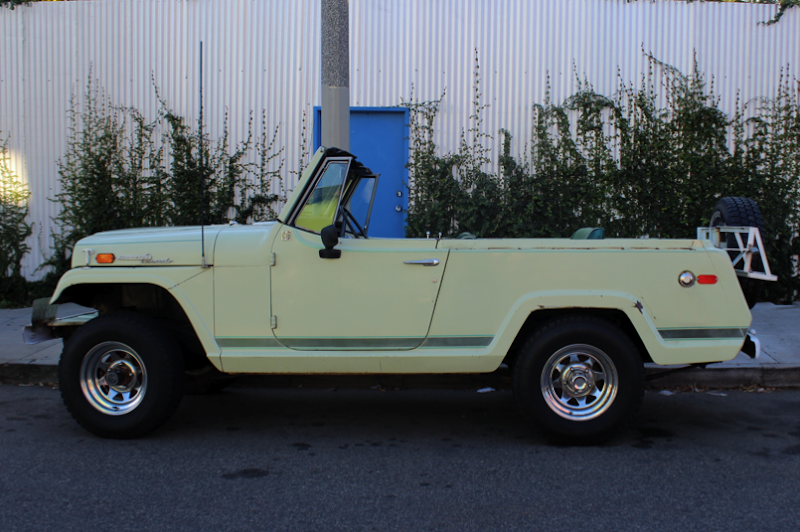 Southern California is a great place for vintage car ownership. There's no snow, not a lot of rain, the air is dry and the roads don't get salted. There's a lot of good car spotting out here, especially in my friend Alex Malloy's driveway. Near the beach you'll find your share of old Ford Broncos, but you won't see many Jeepsters. 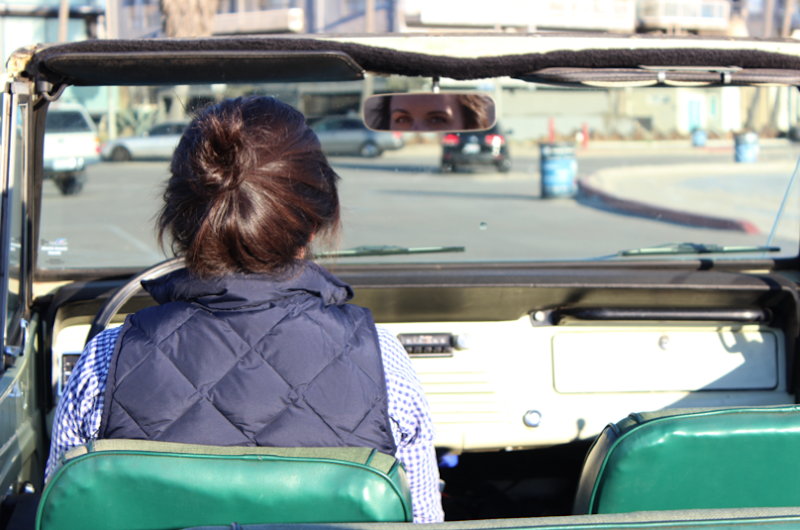 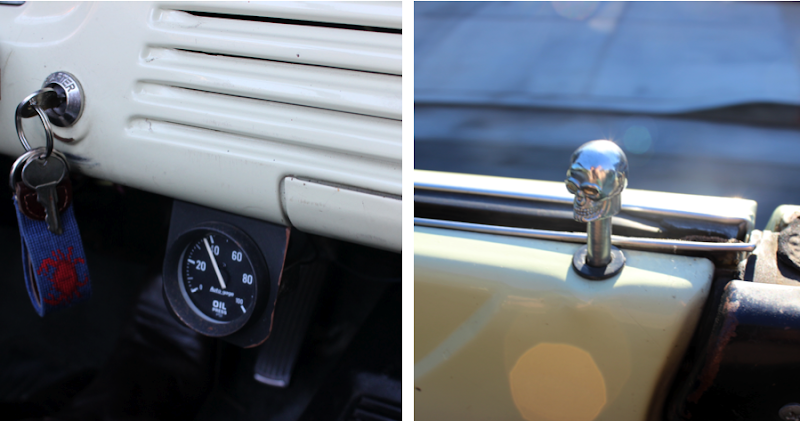 Alex grew up in Ohio and The Bahamas with a father who had a penchant for esoteric vintage automobiles including a 1932 Seagrave fire engine, a 1928 London taxi, a 1957 Pontiac and a 1932 three-wheeled Morgan—which made it out to L.A. as a restoration project for her husband. She inherited the rare car bug from her parents which was only added to by her husband who shares the same disease (and then some), so when she got the itch for something vintage for herself, they turned to eBay and nabbed this once-owned 1970 Jeepster Commando from Washington State. It's got a hardtop, a V6 engine, and sweet after-market skull locks. Her advice for purchasing something vintage is to buy in remote areas of the country, prices in cities are always steeper. 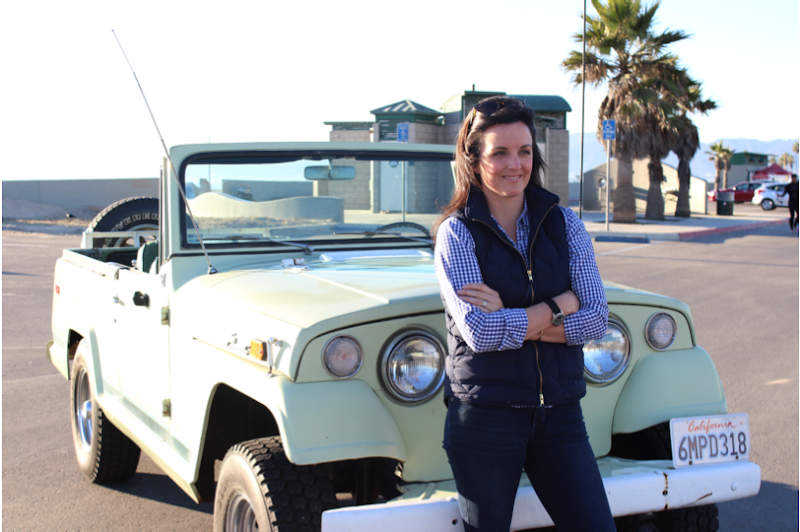 When Alex isn't driving one of the coolest cars in L.A., she's promoting women in business through her PR and marketing firm Malloy & Co. that she founded in 2008. Its focus is small businesses and entrepreneurs, events, and branding, but also works with large brands like Splendid. While I've never officially worked with Alex as a client, she's a really good friend and has helped me out with a ton of projects, including my book launch party at The Avalon in Beverly Hills. I remember a few years ago telling her I had an idea for a book and instead of scratching her head or saying "great idea", she put me in touch with agents, publishers, authors and editors until I had the deal signed. Truly an incredible friend and an incredibly talented businesswoman. And her car is OK too. 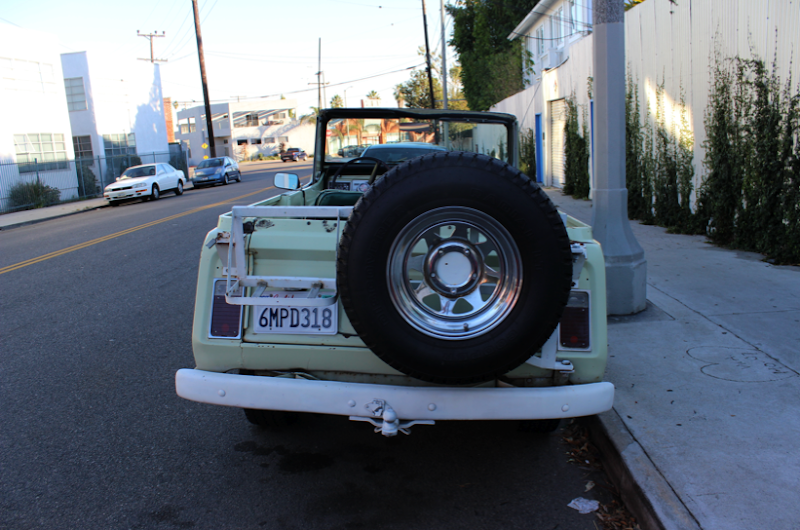 Jardzy said…
This is beautiful!

Anonymous said…
Reminded me of adventurous times with my grandpa & his Jeep. Hadn't seen one like this for ages.
November 14, 2012 at 10:56 PM

chrisbean said…
Spotted one on Martha's Vineyard last summer... my boyfriend had me strike some poses in front of it, as one of the songs of our courtship was TREX: http://youtu.be/YcalYx51nwo
November 15, 2012 at 6:15 AM

Anonymous said…
You must have read my mind. I was just searching for a '72 Bronco a day or so ago but I am loving the Jeepster, screams Adventure, confidence and whimsy.
November 15, 2012 at 8:10 AM

Timmy Radloff said…
I really like what Rebecca said! I was so impressed with the first picture that I spent more than two minutes looking at it before browsing again. Then I saw the driver who is a perfect driving companion under the awesome California weather in a classic Jeepster!
November 15, 2012 at 9:22 AM

Mickey Doshi said…
Oh, I just saw that Jeepster in a gasoline station yesterday. Man, I tell you, I’m really amazed by it. In fact, I stayed there a bit a longer so that I can stare at it in awe. Haha!
December 5, 2012 at 6:48 AM

Unknown said…
I learned to drive a manual on my fathers '82 CJ7 Renegade. Jeeps will always have a special place in my heart:)

We recently saw an old Willys station wagon in a barn while on our photo shoot near Petaluma. Just want to get all those old guys out, fixed up, and put back on the road.