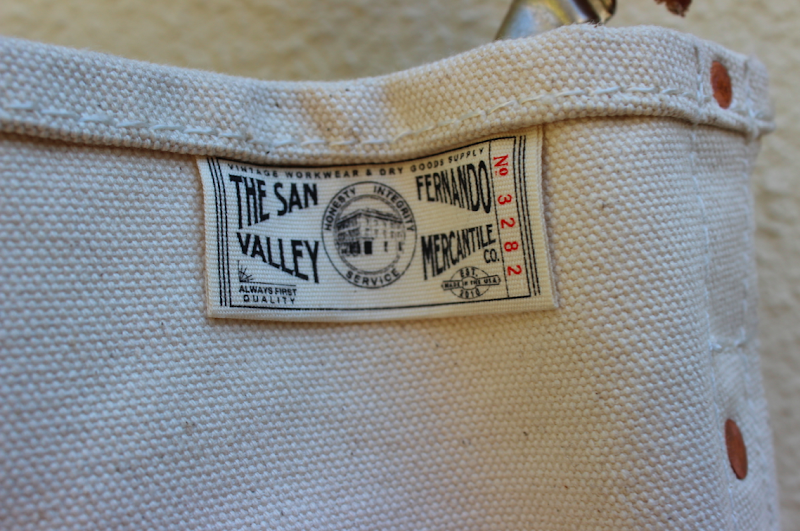 This morning I got up at an unholy hour and headed to the Rose Bowl Flea Market to meet Warren and Michele Schummer of The San Fernando Valley Mercantile Company. They've been setting up shop at booth #3282 for enough months now that they know all the Japanese buyers wheeling duffles around on a first-name basis. I first learned about them through the New York-based blog Quite Continental, penned by my pal and SFV native Mariah Kunkel. Warren and Michele Schummer were still unloading tubs from their truck when I found their booth, but my jaw was already falling over the indigo scarves, vintage chambray, tool bags, boots, preserved denim and canvas bags. 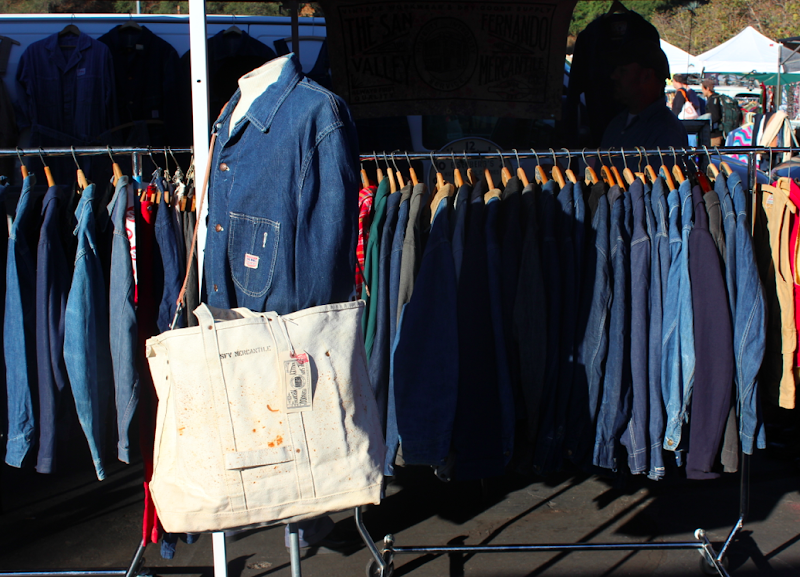 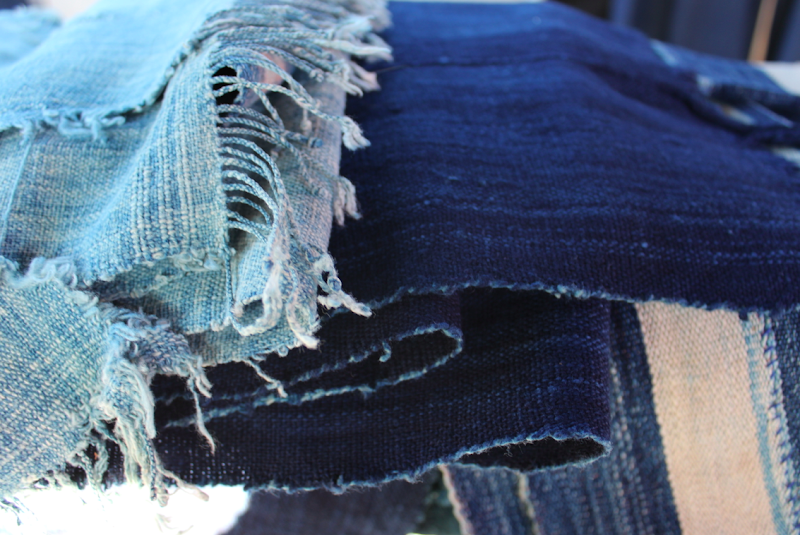 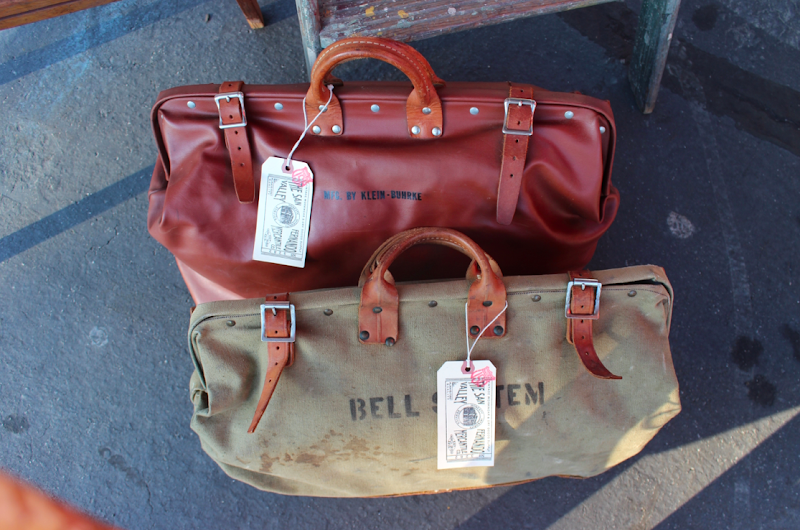 Schummer started the company simply because collecting old workwear is and always has been his true passion. He really believes in workwear, what it represents, its origins, its function and its blue collar core. Beyond his day job as a handy man, Schummer is also behind one of the most comprehensive and well-respected blogs on the topic, Vintage Workwear. This guy has seriously achieved rock star status within this micro-niche (although he'd never admit to being anything more than a "blue collar working stiff")—he even lent out his own pair of Red Wings to Wes Anderson as part of a costume for the film Moonrise Kingdom. While I do love vintage, I'm so glad he started manufacturing new items including hats, clothing, and bags under his own label. 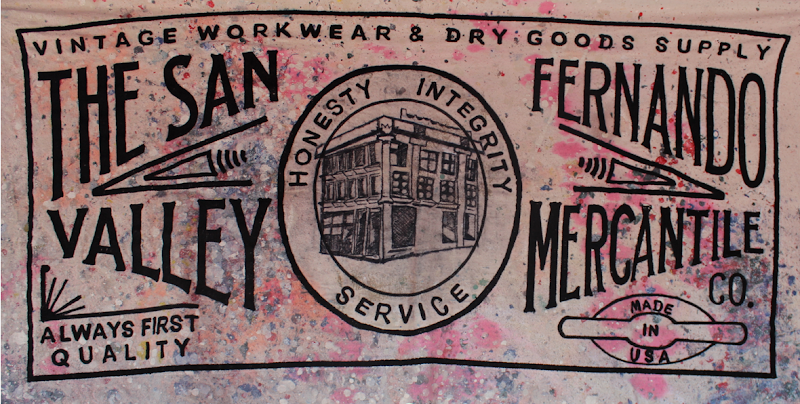 So workwear aside, what got me out of bed before 7 a.m. on a Sunday is their heavy-duty canvas coal bags ($165 online). Truth is, I need another canvas bag like I need a hole in my head, but this bag is perfect. It's so simple and utilitarian and that leather strap...ahhhhh. 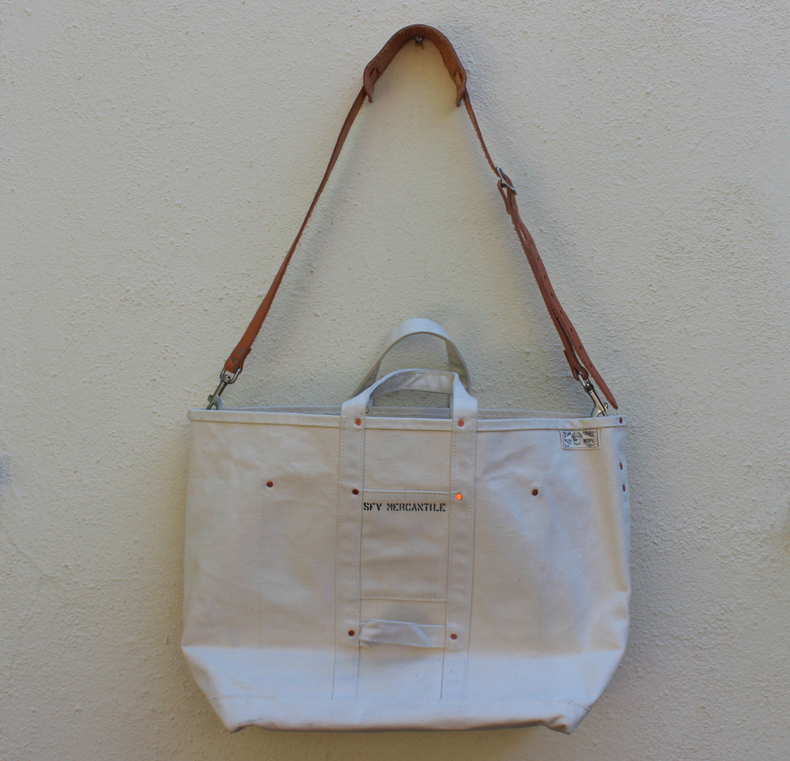 The coal bag, designed originally to load and unload coal (that side strap was for dumping the coal out, and yes these bags got filthy), is made of stiff canvas and holds its shape and probably anything you put inside it. Schummer even affixes some of the copper rivets by hand to make sure it really gets the job done. This is the F150 of tote bags, and just from what I learned today, it makes quite a nice flea market bag. I only went home with a few coasters and a book, but this thing could have hauled out a few boulders. If you're in L.A. it's worth hitting up the Rose Bowl Flea (every 2nd Sunday of the month); while some of their goods are available online, their prices are better in the flesh and meeting Warren and Michele is worth a drive to Pasadena any day. 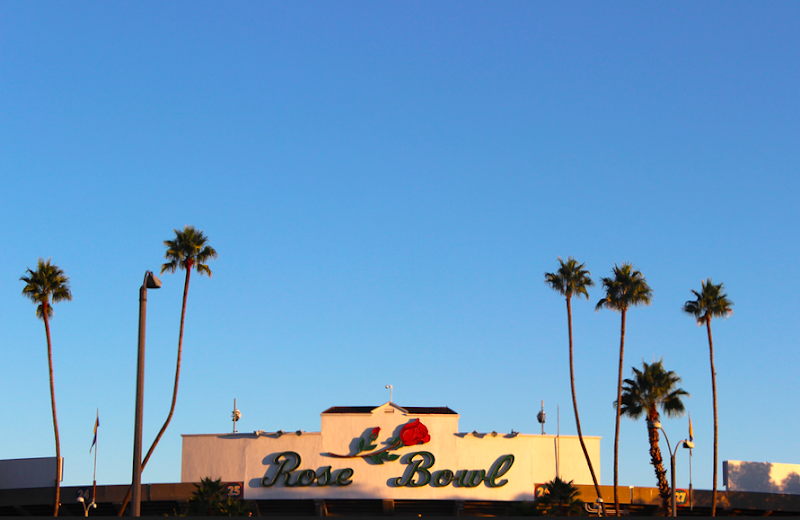