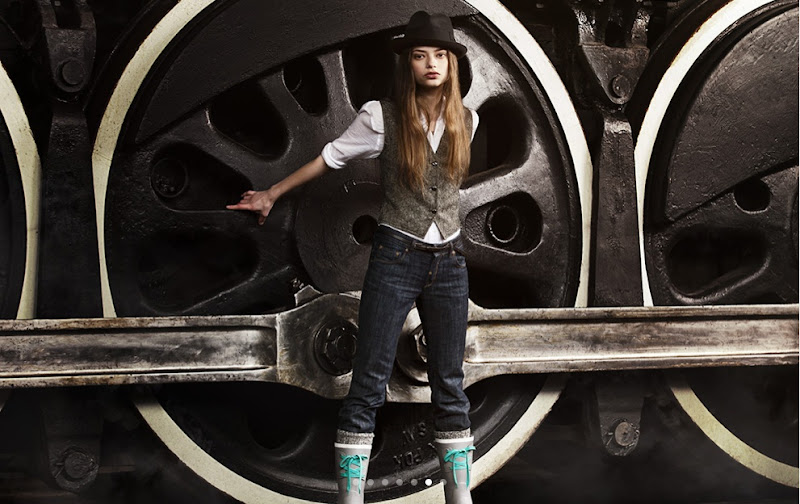 LaCrosse Rubber Mills Company was started in LaCrosse, Wisconsin in 1897 as a rubber horseshoe factory. Soon they went on to produce rain coats and the first iterations of rubber overshoes using steam powered sewing machines. During World War II, the family owned company provided rubber jungle shoes for the troops fighting in the Pacific and arctic rubber topped boots for the troops in Europe. In short, they know their rubber boots. This season the 100+ year-old company has released a heritage rubber boot based on one of their 1973 designs called the Hixon rain boot ($120). Their collection video is pretty great too.

Amielle said…
Those look wonderful! Loving the colour combinations and can't decide between the blue/yellow or grey/aqua.
September 18, 2012 at 12:12 AM

Nomadic D. said…
That's a great video! And I love the contrasting laces, especially the grey and turquoise. Shout out to Lacrosse (I've got family from there)!

Lizzie said…
Right? It's so good. I'm not sure about the music, but I'll ask and see if I can find out.

Shana said…
I've always been really impressed with European companies when their advertisement states they've been around since some previous century. So I'm pleased to see there are companies in America who can say the same and who make a modern product that you'd buy even if they hadn't been around since forever.
September 19, 2012 at 12:47 PM