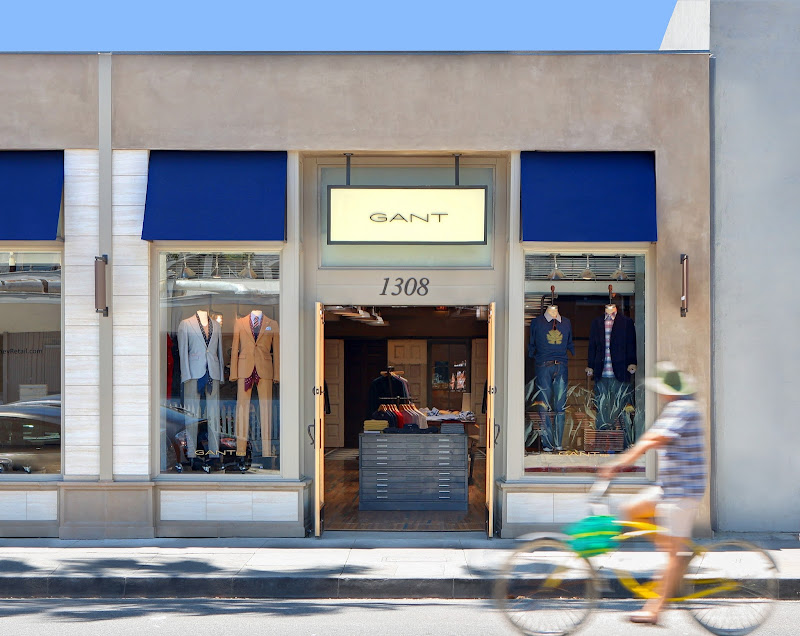 GANT has just opened its doors on the beachy bicycle-laden street of Abbot Kinney in Venice, CA. It's a world away from the label's New Haven roots, but yet, not a crazy fit for the street that GQ called the coolest block in America. I was in the store a few weeks ago as they were just setting up the women's section, so I didn't get a good look, but I have already stolen the perfect t-shirt I bought for my husband that day. More on GANT soon, as I'll be returning next week to meet Christopher Bastin, the newly appointed Creative Director of GANT, and talk about his forthcoming designs. Until then, three items I'm eyeballing from the 2012 Fall/Winter collection that will satiate my East Coast cravings while living in L.A. 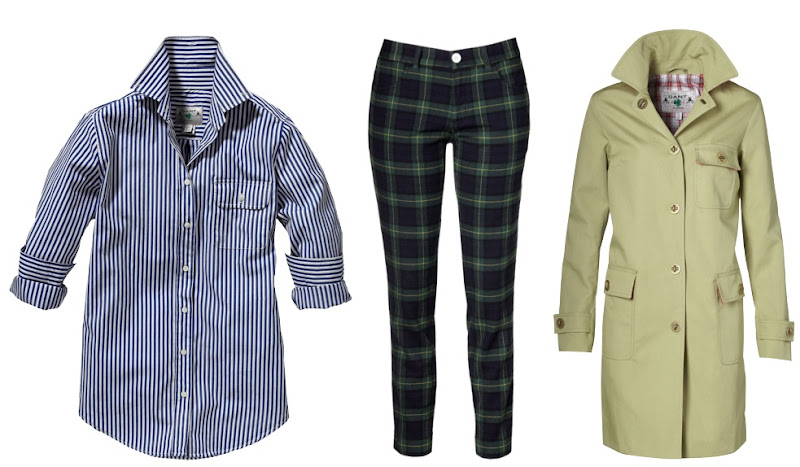 ja said…
I have a thing for blue/white striped shirts and this one is right up my alley! I would totally wear it with those pants too...I love this site.
July 31, 2012 at 1:18 PM

Gant is abit over my student budget now, so I was over the moon when I found a brand new slim cut men's tuxedo shirt on the racks of my thrift store with the tags on it slashed from $119 to $19.

Alice said…
So much amazingness!
I just scrolled through pretty much everything on the Gant website...sadly, I want it all!

There's this really cute dress and a few adorable sweaters and and and...
Can I just have it all please?!?!
That's just the women's stuff though. Don't even get me started on the men's stuff! :)

Unfortunately, Gant is a little bit expensive for me as a student. Someday, when I have a steady source of income, I'll most likely spend a large chunk of my paycheck from Gant. Until then, I suppose I can just lust after all the things on the site.
Or maybe I can go dig through my brother's closet to see if he has anything from Gant.
I'll just have to "borrow" it from him if he does!! :D