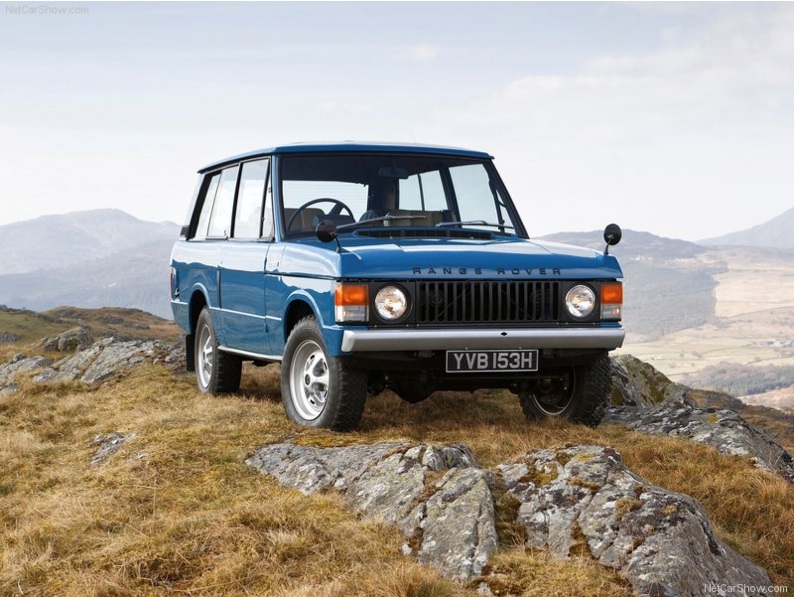 1970 was Range Rover's deb year. Throughout the year the car was exhibited at the Louvre, as an “outstanding piece of modern sculpture”. According to John Sweeny at Automobiles Deluxe, the directors of the Louvre intimated that the design was such that either to add or to take anything away from it would be to its detriment. With praise like that, it's not surprising that the first generation Range Rover was in production for some 26 years. The same design which was current in 1970 managed to remain relevant until 1996 when the body type finally changed, a true rarity in the car world.

blue roses said…
i keep (wishfully) hoping they will do a sort of retrospective release of this design soon...... so elegantly functional.
July 30, 2012 at 5:03 AM

Anonymous said…
Love the design. But Tomboy Style don't buy one of these since the mileage is a drag and also it's tough to park.
July 31, 2012 at 6:35 AM

SunKissed Sisters said…
This was one of their best designs. And the color is to die for.

Vern said…
Nothing says adventure to me like catching a glimpse of a classic RR. It just exudes rugged trailblazing!
August 2, 2012 at 10:20 PM

Anonymous said…
I've wanted one since owning a red plastic version for my Sindy/Barbie dolls. Although I've tried and can't park the things!!!
October 4, 2012 at 6:05 AM

Erwin Calverley said…
Yes, the Range Rover Classic is revolutionary. The style is so outstanding that it managed to stay in production for decades. This is genius because people find it significant even years after its first release, which is not a usual happening. Car evolution is non-stop due to ever-changing and improving demands and technologies. But the Range Rover Classic was able to cope as it is, no remodel done.
October 9, 2012 at 8:08 AM