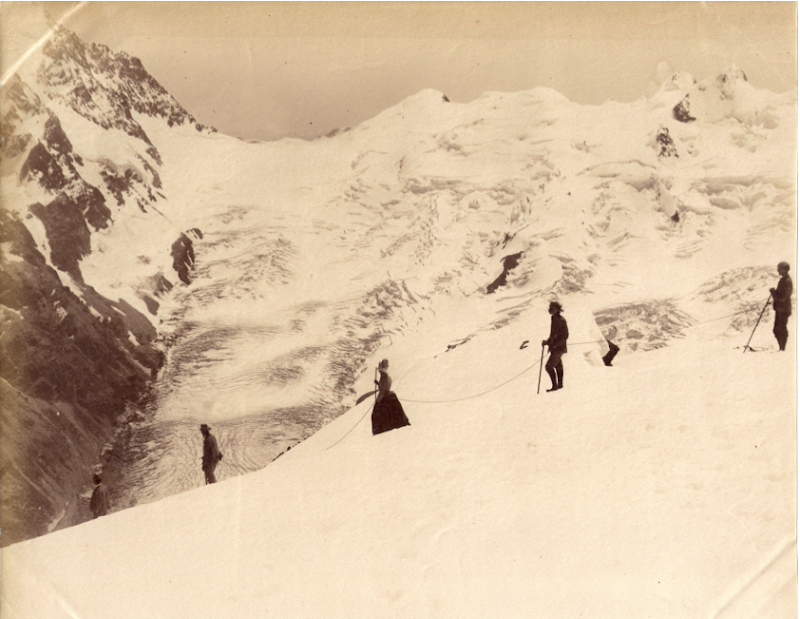 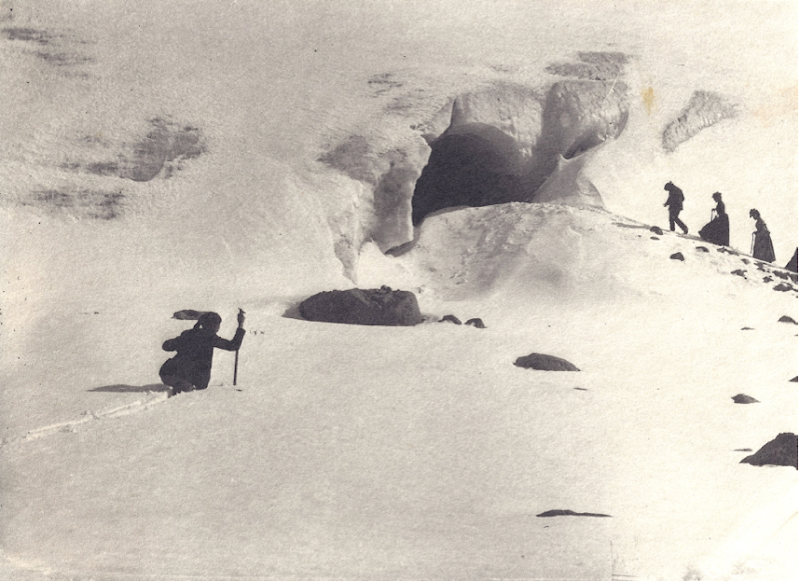 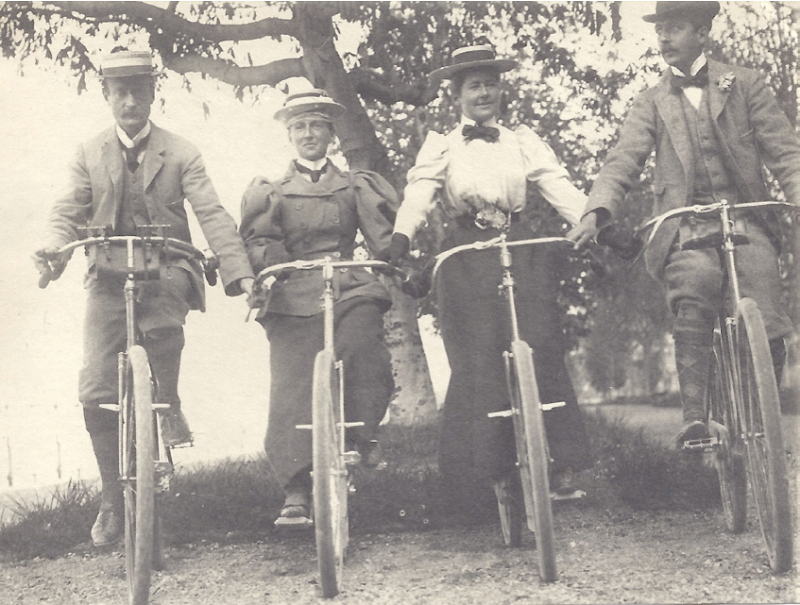 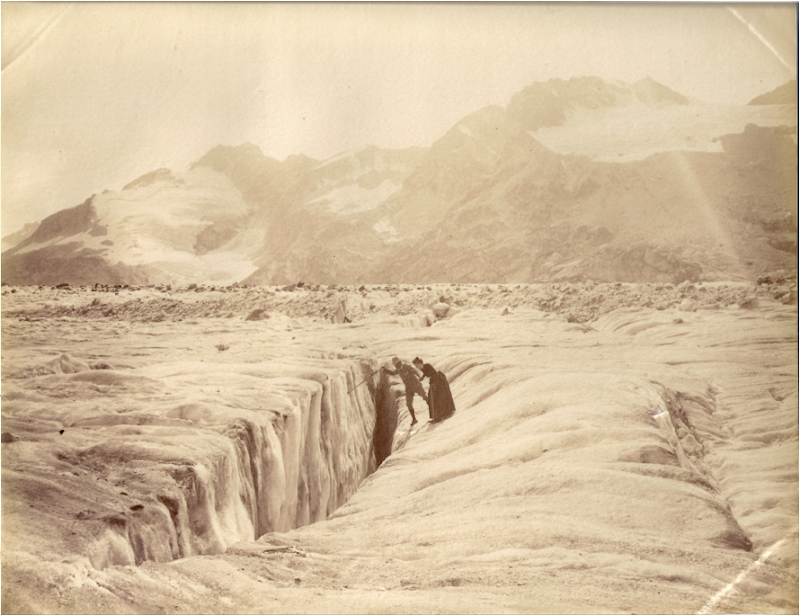 Photos of Elizabeth Hawkins-Whitshed courtesy of the Martin and Osa Johnson Safari Museum.

In 1907, Elizabeth Hawkins-Whitshed became the first president of the Ladies Alpine Club. She wrote seven books on mountain climbing and over her lifetime climbed twenty peaks that no one had climbed before. Under the name Mrs. Aubrey Le Blond she made at least 10 films of alpine activities in the Engadine Valley of Switzerland, including ice hockey at St. Moritz and tobogganing on the Cresta Run. She is probably among the world's first three female film-makers, after Alice Guy and contemporary with Laura Bayley.

"There is no manlier sport in the world than mountaineering. It is true that all the sports Englishmen take part in are manly, but mountaineering is different from others, because it is sport purely for the sake of sport. There is no question of beating anyone else, as in a race or a game, or of killing an animal or a bird as in hunting or shooting. A mountaineer sets his skill and his strength against the difficulty of getting to the top of a steep peak. Either he conquers the mountain, or it conquers him. If he fails, he keeps on trying until he succeeds. This teaches him perseverance, and proves to him that anything is possible if he is determined to do it." —Elizabeth Hawkins-Whitshed (a.k.a. Mrs. Aubrey Le Blond) from the preface of her book True Tales of Mountain Adventure for Non-climbers Young and Old, 1903.

Anonymous said…
I really like your blog:)Great pics and so much inspiration..I wish you a lovely week.
LOVE Maria at inredningsvis.se
(Sweden)
February 19, 2012 at 1:34 AM