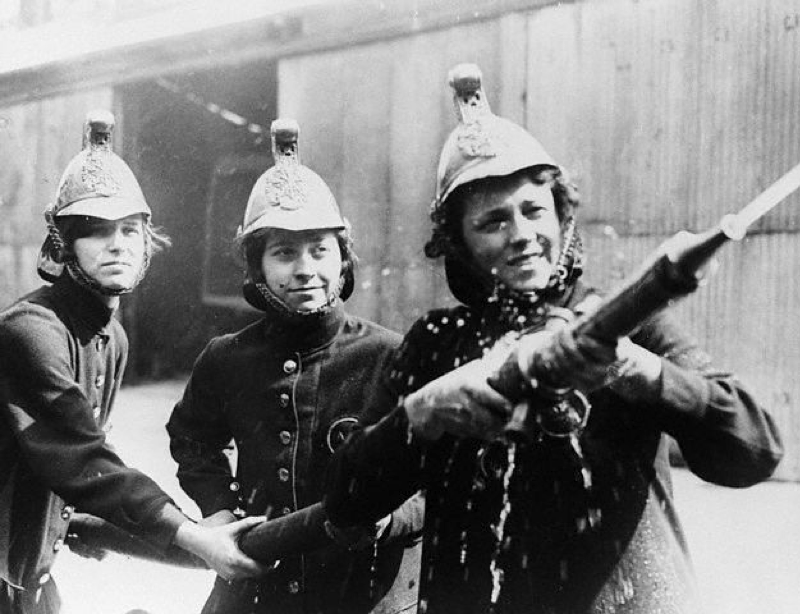 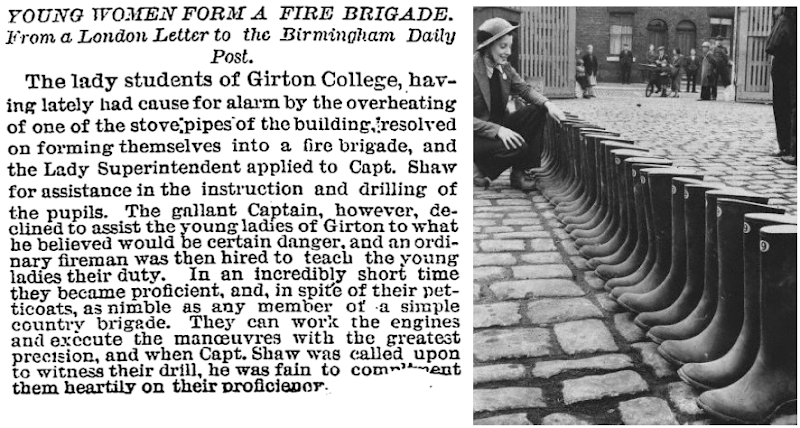 In the 1880s, a women's college outside of Cambridge, England formed their own fire brigade after a nearby haystack fire. The Girton College fire brigade remained intact until the 1930s when they became in range of the Cambridge fire trucks. They made national news when The New York Times praised the force in 1884, but just four days after the article was published, a men's college in Cambridge, Massachusetts published a follow-up that was quite skeptical of the female firefighters.

"The truth is, the duties of a fireman and a lady are entirely incompatible, and it is not creditable that the Girton girls have resolved to imitate the typical fireman. What they have probably done is this: They have formed a young ladies' fire company. They wear a pretty uniform, with feathers in their hats and flowing sashes of pink ribbon." —an excerpt from The Harvard Crimson, 1884.
Email Post
Labels: 20s 30s pre-1920s SCENE

Summer is a Verb said…
As an ex volunteer firefighter I can attest to no flowing sashes of any color. Hermès and a pager accessories off duty, yes, but nary a ribbon while on...XXOO
December 19, 2011 at 4:40 AM

Bare Cupboard said…
You've got to love a posh British bird! But what I really love about this is the use of the word "fain". I'm going to start using it in my day-to-day conversation now.
December 19, 2011 at 11:39 AM