T-shirts evolved from undergarments when miners and dockworkers cut one-piece union suits at the waist in the late 1800s. The shirt really caught on when the United States Navy issued them after the Spanish-American War, and then in the Depression as a cheap means of clothing. But some argue that the T-shirt wasn't actually fashionable until Marlon Brando wore one in the 1951 film A Street Car Names Desire. 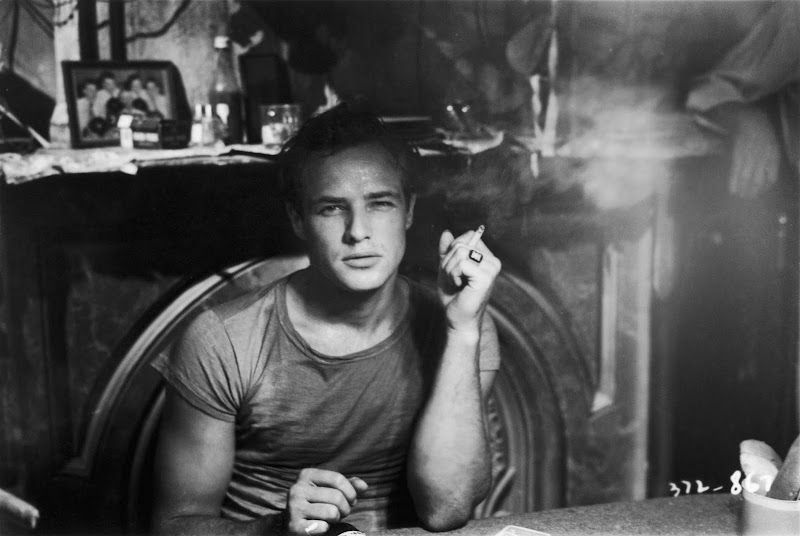 In casual Los Angeles, the land of $100 t-shirts, it's quite the uniform. There are so many options from low to high, and I, admittedly have tried most of them. My recent t-shirt obsession though is definitely Mary-Kate and Ashley Olsen's line, StyleMint. They're $29.99 a pop and soft as butter. Full disclosure: I am kind of an Olsen stalker; between Elizabeth & James, The Row, and this blog, I don't know where to start. 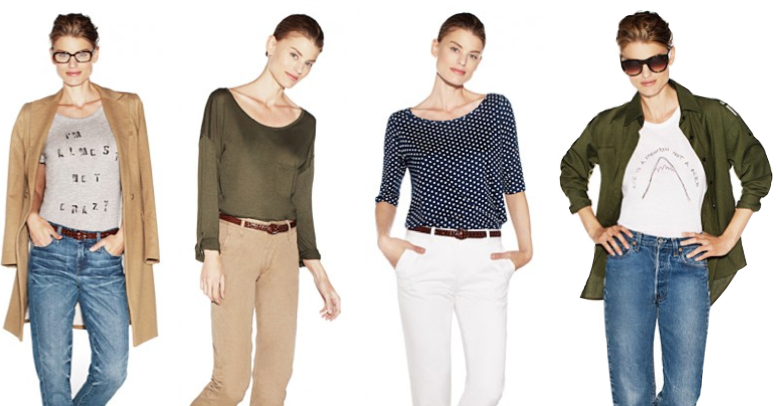 StyleMint operates as a free membership with access to a new limited edition of tees each month. Oh, and the style quiz on their site is (nerd alert) really fun. They are thrilled to offer Tomboy Style readers a discount too: 10% off if you enter TOMBOY as a promo code. Check it out!
Email Post
Labels: 30s 70s 80s UNIFORM

Joy said…
That is one good looking hunk right there. Marlon was SO HAWT in A Streetcar Named Desire
October 12, 2011 at 6:36 PM

Unknown said…
Thanks so much for the t-shirt info and the StyleMint tip...I had heard the name so many times but hadn't quite investigated. Just ordered a T by Alexander Wang shirt that I'm not happy with and I have much more hope for StyleMint!
October 12, 2011 at 7:42 PM

Hannah said…
i am sort of obsessed with the olsen twins too...i love their clothing lines. and i really, really enjoyed this post. it was pretty fascinating reading about the history of the tshirt. who knew?
October 12, 2011 at 8:58 PM

Nomadic D. said…
Totally with you on the olsen obsession. I've been wondering about the sylemint t-shirts for a while now, it's nice to hear an unbiased third party say how amazing they are, maybe I'll have to take the plunge. I'm a total t-shirt addict and recently (unfortunately for my piggy bank) discovered how perfect and totally worth the price tag the T by Alexander Wang t-shirts are, you can check out my newest additions to my collection here:

Akosua said…
I love StyleMint. Their tumblr is great as well.
indigosunday.blogspot.com
T-shirts are definitely my uniform
October 14, 2011 at 6:46 AM

Summer is a Verb said…
So glad I saw this as I've been dying to hear some feedback on the StyleMint t's. Btw, also obsessed with said blog. Love me some marykateandashleyolsen! XXOO
October 15, 2011 at 5:21 AM

klara said…
for some reason i can't get the discount when i type in TOMBOY in the discount code section. any ideas? love your blog!

julia wheeler said…
so obsessed with the olsens! BUT i haven't been that stoked on the tees they've been coming out with... the fit seems funky so i haven't bought one yet. i am too picky i think.

Unknown said…
Really the white T-shirts looks amazing and all are providing a corporate looking here. Thanks for sharing...