UNIFORM | White Tuxedos of the 70s 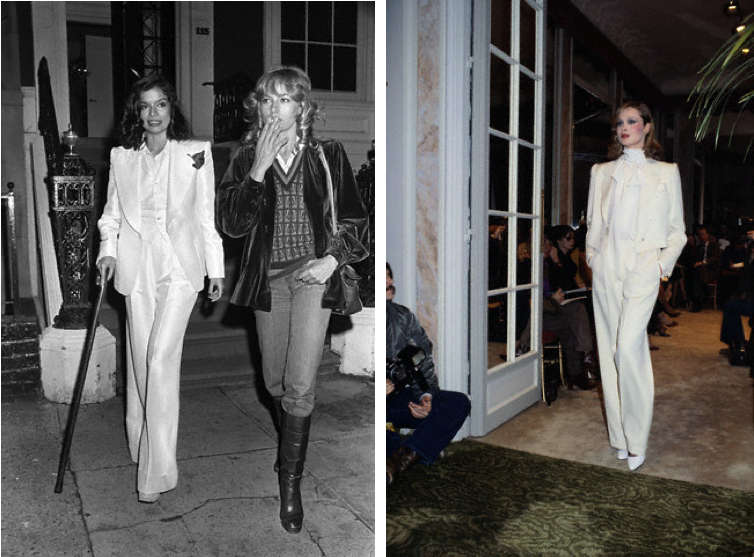 It seems like white tuxes really had a moment in the 1970s. I don't know if I could pull one off, but I totally want one! Would you wear one?
Email Post
Labels: 70s UNIFORM

Human Racing said…
If I had an appropriate occasion and knew I could pull it off I definitely would! It has a great mix of dressing up while retaining a type of respectful nonchalance.
July 6, 2011 at 10:11 PM

Giorgia said…
First, I must say I absolutely adore your blog!! It is seriously one of my favorites.

I had to comment because I know one woman who absolutely pulled off the white tux, my mama, on her wedding day! Granted, this was in 1983 and she is one stylin' Italian lady. She rocked a white tux, except instead of slacks it was a pencil skirt. Cumberbund included. I can only wonder if I could both pull it off AND look like a super babe! I have it in my closet and it is incredible. For the longest time as a child I thought that was typical female wedding wear. :)

Monika said…
I love the look on other people but I don't think I'd be able to pull it off myself.
I think it's really chic when you wear tuxes but still showing your feminity too (make up, heels, nice hair).
July 7, 2011 at 4:26 PM

julia wheeler said…
i would totally wear one! i feel like there's a bitchin picture of lauren hutton in a stunning white tux somewhere too... though bianca is definitely the owner of the white tux!!
July 14, 2011 at 9:25 PM