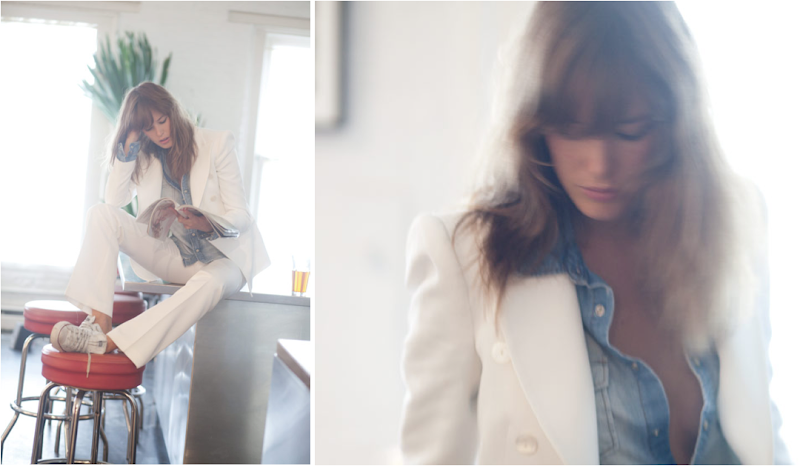 Photos by Garance Doré, 2011, found via At The Tree House.

I can think of so many iconic white suits worn by both men and women; from Bianca Jagger to Tom Wolfe, Diane Keaton to John Lennon, but these recent photos by Garance Doré are making me think that there might be room at the top for one more. Doré's friend, Cisco, is wearing a version by Zara and as Doré can attest there are several ways to wear one.

"The night she wore it she didn’t have anything on underneath and was wearing super high heels—I can’t even imagine just how much sexytude must’ve been floating around, but I just love this toned down cool version à la Gainsbourg with a pair of Chucks."
Email Post
Labels: UNIFORM

Cupcakewalker said…
Has anyone found this suit in a Zara (...preferably around NYC)?

Unknown said…
there is nothing that makes me feel more confident than a white suit. i like something chic you can run in.
May 4, 2011 at 2:12 PM