SCREEN | Out of Africa 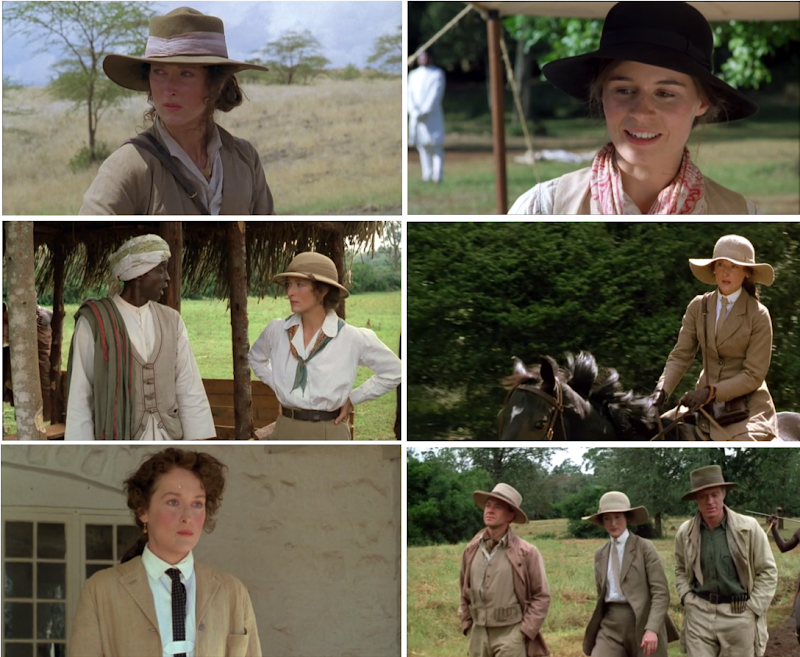 Film stills from Out of Africa (1985) via screenshot.

*Thank you to a few readers who recommended this movie for Tomboy Style. As I re-screened the film last night it was hard to find a scene that wasn't sopping with Tomboy duds and dialogue. I especially loved Suzanna Hamilton's character Felicity (top right photo) and her wardrobe; I only wish there was more of her in the film. Out of Africa was nominated for nearly every category of Academy Awards, including, not surprisingly, best costume design. —LGM
Email Post
Labels: SCREEN

This Much said…
I love this movie and really like your blog. Thanks for your tomboy style inspiration!
March 3, 2011 at 12:22 PM

Ringo, have a banana! said…
Oooh I love this movie, SO much. For anyone who feels that same, I would recommend a book called "West with the Night". Very much in the same vein, and just generally amazing as well!
March 3, 2011 at 6:32 PM

Amanda said…
This is my favorite movie OF ALL TIME. I wish I'd known you had just watched it when we were visiting. I could have annoyed you by quoting the entire film in a fake Danish accent...