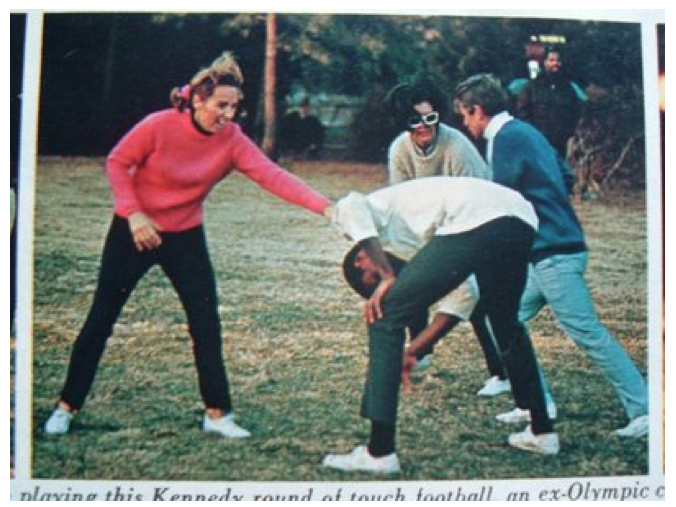 "Ethel Skakel was a bubbly, headstrong young woman who loved to tease and who wanted, as much as any Kennedy, to win. She greeted everyone, "Hiya kid," and distracted the nuns at Manhattanville with her gags and practical jokes. A tomboy, she had been indifferent to boys. Working with Bobby in East Cambridge that June, however, she developed a crush. Bobby did not reciprocate. He was more romantically inclined towards Pat Skakel, Ethel's older sister. Ethel was determined to win him anyway...More athletic and outgoing than Pat, she "turned the tide," Jean Smith later reported. By the time Bobby was at law school, he was regularly flying up to visit Ethel on the weekends. At Hyannis house parties, Ethel, sporty and joshing and ebullient, became difficult to distinguish from the Kennedy sisters." —Evan Thomas, author of Robert Kennedy: His Life
Email Post
Labels: 60s ICONS